Beauty in Color, Company In Color, Corporate in Color, Hueish
May 24, 2020
by Sade G Adiat Disu
0

Zendaya’s hair opens up discussions about what women of color have to experience in Corporate America around bias, the grooming gap, and ‘Casual Racism.’

The pressure to be prettier or seen as attractive, all to ensure our place ( attract money, power, and position) from corporate to entertainment stages,  weighs heavy on us.

Zendaya rarely wears her hair in braids or “dreadlocks” (I’ll revisit the negative implication and history behind the name of that hairstyle in a later post).

The journey to get to this moment of celebrating her hairstyle triggered emotions and thoughts as an African woman carving out her space in the corporate spaces — especially the digital and tech scene.

The pressure to be prettier or seen as attractive, all to ensure our place ( attract money, power, and position) from corporate to entertainment stages, weighs heavy on us. Click To Tweet

FISHY TAIL: Why Zendaya’s Hairstyles is Political And Opens Up Discussions Around Bias and ‘Casual Racism’

In this shining moment, fans were quick to remember the last time she wore a hairstyle like this to a major award show. Back in 2015, the 23-year-old actress was mocked by former Fashion Police host, Giuliana Rancic, saying that she looked like “she smells like patchouli oil and weed,” after donning dreadlocks on the Oscars red carpet. Celebrities and fans alike stood behind the actress and Rancic went on to apologize for her insensitive comments and vowed to be more cautious.

On Twitter, Zendaya wrote: “There is a fine line between what is funny and disrespectful. Someone said something about my hair at the Oscars that let me in awe, not because I was relishing in rave outfit reviews, but because I was hit with ignorant slurs and pure disrespect.”

The E! News host replied to Zendaya tweeting, “Dear @Zendaya, I’m sorry I offended you and others. I was referring to a bohemian chic look. Had NOTHING to do with race and NEVER would!!!”

Rancic’s hypocritical comments were just one of the many reasons why activists fought for a bill that would make it illegal to discriminate against hairstyles. Known as the Crown Act, which is an acronym for “Create a Respectful and Open Workplace for Natural Hair.” The new law “outlaws racial discrimination based on the hairstyle, such as braids, Bantu Knots, twists and locs,” as reported by NBC News.

‘SISTA LOCK’ : Why Zendaya’s Hairstyles is Political And Opens Up Discussions Around Bias and ‘Casual Racism’

Rancic’s faux pass towards Zendaya for wearing a natural hairstyle indicative of black cultural groups versus her admiration remarks toward Kylie for wearing an African hairstyle is a front stage (Hollywood) example of how bias affects us, as women in Corporate.

In Corporate spaces we don’t just get the negative remarks, we could essentially be overlooked for jobs, projects, and any other income-driven opportunities.

We’ve had to fight back.

A bi-product of women of color binding together and fighting for a bill of protection was the following:

California was the first to enact this law last year and New York quickly followed suit in July of 2019. Governor Andrew Cuomo said in a statement, “For much of our nation’s history, people of color — particularly women — have been marginalized and discriminated against simply because of their hairstyle or texture. By signing this bill into law, we are taking an important step toward correcting that history and ensuring people of color are protected from all forms of discrimination.”

TOP KNOT: Why Zendaya’s Hairstyles is Political And Opens Up Discussions Around Bias and ‘Casual Racism’

Almost five years later, Zendaya is getting the praise she deserves for wearing a natural hairstyle like this and being fashion-forward while doing it.

CUT IT (OUT) : Why Zendaya’s Hairstyles is Political And Opens Up Discussions Around Bias and ‘Casual Racism’

Although Zendaya didn’t win an award that night, she wore a crown that reminded people of color to fight grooming biases and discrimination that are all too familiar in corporate America, let alone Hollywood.

MY HAIR, DON’T CARE: Why Zendaya’s Hairstyles is Political And Opens Up Discussions Around Bias and ‘Casual Racism’ 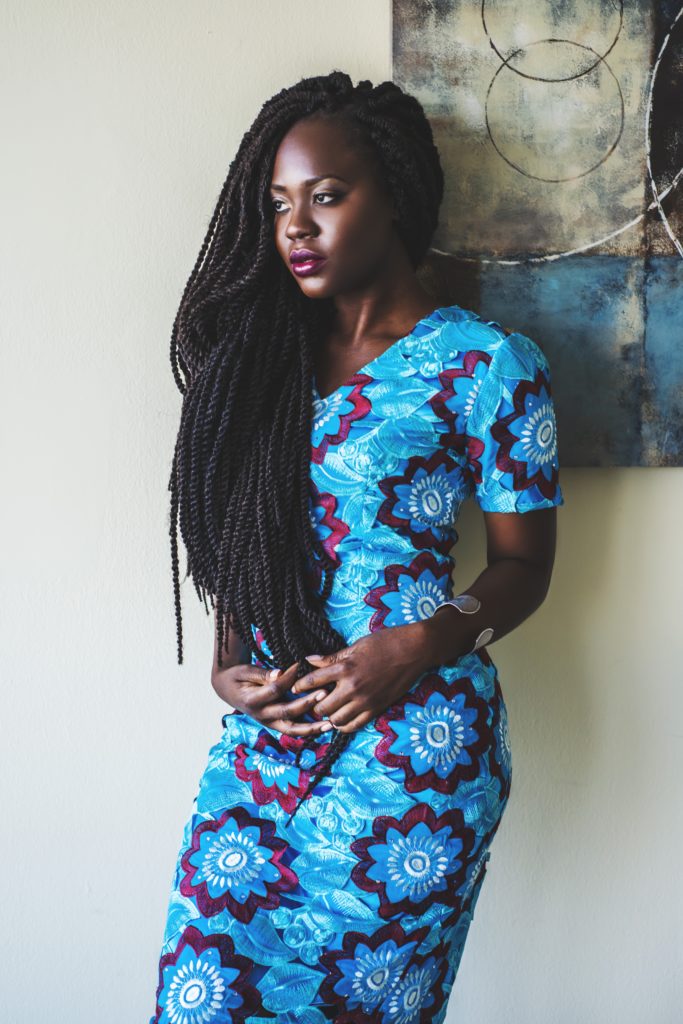 My experience:  Overall, I feel grateful for my natural hair and hairstyle.  I’ve had to overcome the narrative that I’m not beautiful, without long flowing silky hair. Or the idea that I’m not professional enough because my hair is quite puffy or frizzy.

Nevertheless, I still slightly cringe when I enter into corporate settings and I am greeted with microaggressive comments like “ah… you look different…I almost didn’t recognize you?”

I also sensed an undertone of disruption or uneasiness in those comments.  As if my hairstyle change between Brazilian weaves, Senegalese twists, or curly afro styles caused some unsteadiness in the workflow of a particular project or marketing campaign.

In my personal life, I still hold my breath in fear of rejection, when I reveal my natural hair from its protective styling (wigs, or braids) month three of dating a new guy. I also feel dizzy and exhausted when getting ready to explain my hair (this only occurs when dating men from other ethnic groups).

I still experience momentary panic attacks when being invited to events or new circles because quite frankly, trying to figure out how to present myself (what hairstyle I’d like to lead with) when in my natural state is exhausting.

I still have to overcome the psychological disorder that stems from heirloom comments familiar to most young women of color (from Africa),  while walking around in their natural state:  “your hair isn’t done” or “girl, you need to get your hair fixed.”

All of which implies that something is wrong with our hair as is and that something must be done to it, for it to be accepted as beautiful or acceptable.

Luckily no one in corporate America has ever made blatant statements that I look more professional or prettier when I have straightened hairstyles.

Yet, generally, I do feel the pressure of the grooming gap, which most women experience across all ethnicities in different forms. But we’re talking about me: a Black, African woman.

Yet, outside of social constructs, I believe most of my battles reside in self — the idea that I’m less beautiful without long silky 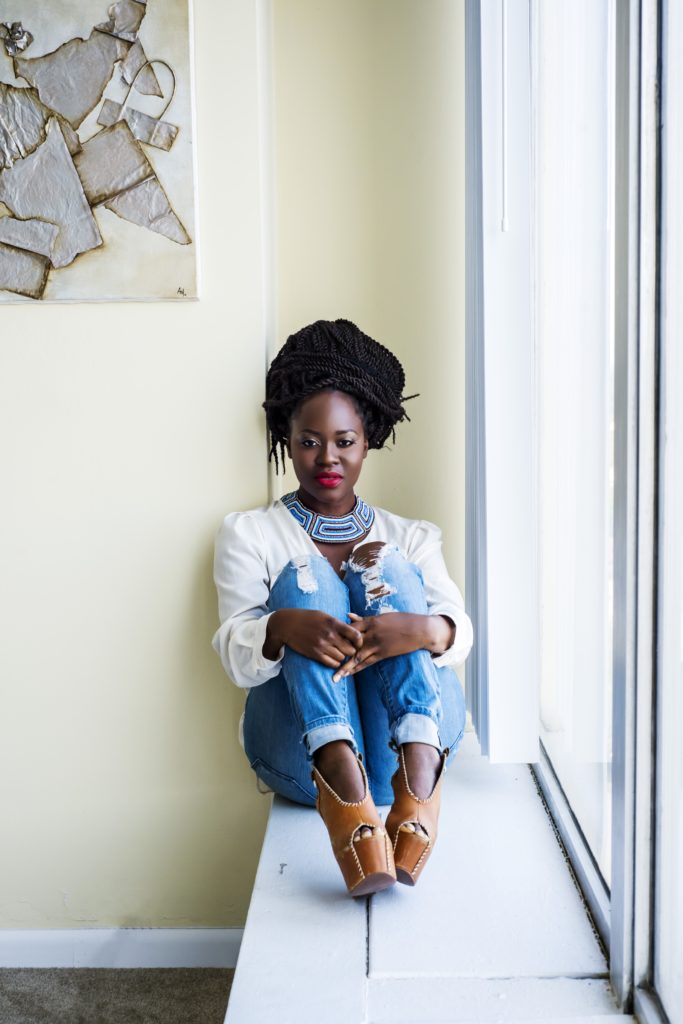 locs and would be treated/penalized (financially – have fewer dating options, given fewer projects, or not given visibility on projects that lead to promotions etc) — and I’ll have to deeply overcome this, without the need for approval or acceptance of others. I must dismantle the notion that my appearance is tied to my blessings. Yet, this is easier said than done.

My Advice:  I don’t give advice, I share my experiences, ask that my actions be observed and that you take what you need. For example, I’ve been more intentional about my “why” behind my selection of hairstyles for certain events. I’v 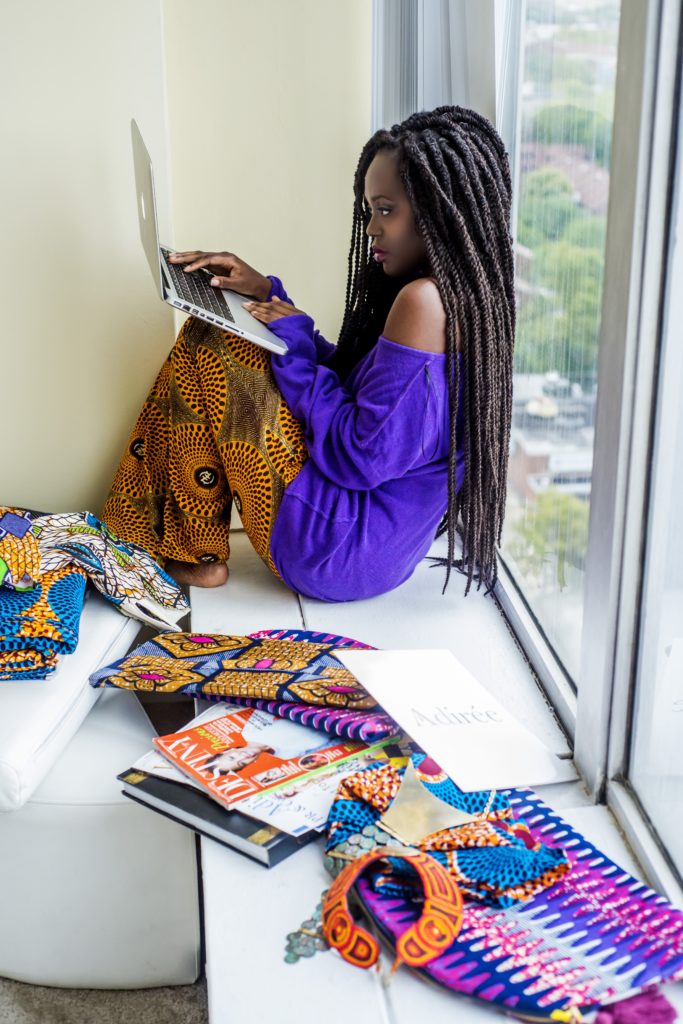 e also been paying attention to the way my body reacts to hairstyles. I can’t continue to stress my scalp for the sake of dividends. Gurl!! If my scalp is uncomfortable in any way I adjust my style regardless of the perceived rewards (compliments received, men I attract). I just can’t pay the price of not being me anymore. A price tag increasing every single day, I age and grow in wisdom.

Sweet Sounds From ‘Sugar’ An Ep by Gabrielle Findley

Little Mermaid Has A Different Hue! Illustrators Paint What Inclusion Looks Like These artists shared their talents and excitement - and their vision - of Halle Bailey as the Little Mermaid

A Black Woman Was Cast As Ariel in “The Little Mermaid” and Not Everybody’s Happy In an upcoming live-action remake, Disney chose Halle Bailey to play the iconic role