EbonyLife TV, Africa’s first Multicultural Entertainment and Lifestyle Network, was launched on June 30, 2013 and began broadcasting on July 01, 2013 to a pan-African audience, by a license agreement with Multichoice (DStv) Africa, Africa’s largest Pay TV platform. The channel is distributed to 49 African countries, including South Africa and Southern African countries.

For those abroad, viewing multimedia and multicultural content from Africa has never been easier. Viewers all over the world simply have to tune in to EbonyLife TV’s new show—HELLO AFRICA, which debuts June 11, 2016 following hostess Eunice Omole as she takes on new guests and African cultures every week. 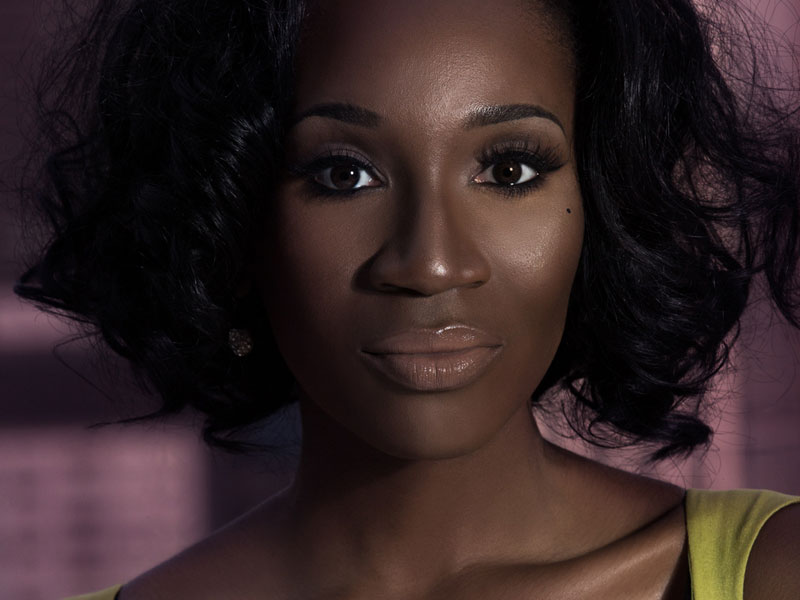 She has a line-up of some of the more exciting and entertaining Africans to grace her show over the next several months. She’ll get the lowdown from the most promising stars in the African Diaspora ranging from music to acting, while also focusing on a bevy of human interest tales in fashion, news, politics, and business. Omole noted that Hello Africa is attempting to “change the misconceptions of Africa and Africans around the world.”

The personable and talented Eunice Omole also joins EbonyLife TV as the Chief Strategy Officer where she will discern the hottest content trends in fashion, style, media, and celebrity culture.  Her sensibilities range from the eclectic to the provincial, where her eye for critical appraisal and media savviness can help others understand the opportunities that contemporary Africa has to offer.

She initially discovered her passion for fashion while competing in the 2007 Miss Nigeria in America Beauty Pageant. And although she runs the gamut of interests from her prowess as a trained violinist to some of her more adventuresome business forays in private equity and investment banking, one of her premier talents is in conveying newsworthy information via the mass media.

Omole’s fit with EbonyLife TV and Hello Africa is both natural and organic, and a logical medium to showcase her versatility of talent. EbonyLife TV is touted as the most watched channel in its demographic, which includes women and adolescents from 18 to 34 years old. Eunice initially came to prominence with her first runner-up showing in “The Apprentice Africa”. But with a graduate degree in journalism from Columbia University–in addition to another master’s in real estate from Cornell and an economics degree from the University of Virginia–her career in journalism was all but fated.

In this regard, what Omole brings to Hello Africa is merely a reflection of her overall focus. Her position as Chief Strategy Officer at EbonyLife TV allows her a great deal of creative license in tailoring the show to her needs and to others like her–the myriad female viewers in her age demographic who care about fashion, shopping, world issues, and their relationship to the African Diaspora. She participates on the show and the company that produces it not just as its presenter, but also as one who devises and implements corporate strategy to best achieve its objectives.

Although one cannot say enough about those objectives, they are most succinctly summarized as attempting to inspire, educate, and entertain the aforementioned audience. Thus, young female viewers can be assured that they will regularly see content that is both engaging and edifying, and that it will relate to their personal lives and the shared worldview that is integral to the basic premise of EbonyLife TV. Omole will have a hands-on stance of virtually all aspects of the show, from coordinating efforts for marketing and promotion with sponsors to deciding what content will resonate with viewers.

The rare combination of talent, media savvy, business acumen, and personality that Omole brings to her viewers is exceedingly rare. EbonyLife TV is willing to bank on these qualities to propagate its show and to resonate with viewers. Shouldn’t you do the same as well?

7 Styles for the "Styliy" Guy